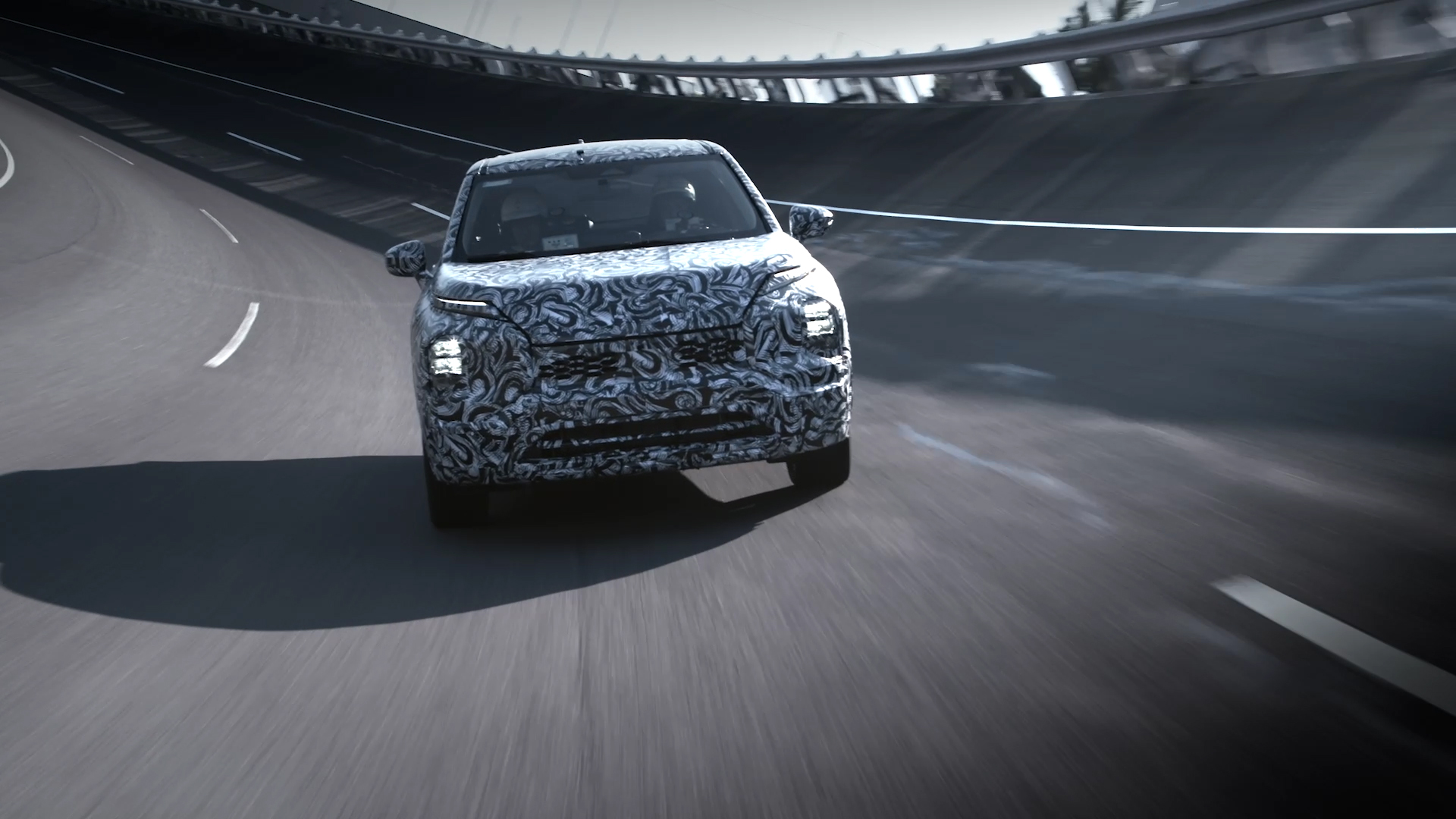 The all-new OUTLANDER was put through its paces, as the system’s final calibrations were developed in severe weather and road conditions. Redesigned and reimagined in every way, the vehicle will be bigger and bolder than the previous generations.

With a knowledge base proven over years of competitions in the deserts of Dakar and on the slippery dirt-covered and snow-packed roads of the world’s rally circuits, the all-new OUTLANDER builds on a heritage forged by the PAJERO/MONTERO cross-country SUV. Engineers focused on building a crossover SUV that embodies the MITSUBISHI MOTORS DNA and the product concept “I-Fu-Do-Do”, which means authentic and majestic. The all-new OUTLANDER is set to deliver the highest level of maneuverability and superb driving performance.

“We took everything we know about on- and off-road driving from the rally experiences to apply the latest Super All-Wheel Control technology in our newly developed platform,” said Kentaro Honda, segment chief vehicle engineer (lead engineer) for the all-new OUTLANDER. “We also specifically developed a new drive mode selector to provide confident driving at all times and in all weather conditions. We hope that many customers will have great experiences with the enhanced driving performance of the all-new OUTLANDER.”

MITSUBISHI MOTORS CORPORATION is a global automobile company based in Tokyo, Japan, which has a competitive edge in SUVs and pickup trucks, electric and plug-in hybrid electric vehicles. Since the Mitsubishi group produced its first car more than a century ago, we have demonstrated an ambitious and often disruptive approach, developing new vehicle genres and pioneering cutting-edge technologies. Deeply rooted in MITSUBISHI MOTORS’ DNA, our brand strategy will appeal to ambitious drivers, willing to challenge conventional wisdom and ready to embrace change. Consistent with this mindset, MITSUBISHI MOTORS introduced its new brand strategy in 2017, expressed in its “Drive your Ambition” tagline – a combination of personal drive and forward attitude, and a reflection of the constant dialogue between the brand and its customers. Today MITSUBISHI MOTORS is committed to continuous investment in innovative new technologies, attractive design and product development, bringing exciting and authentic new vehicles to customers around the world.

About Mitsubishi Motor Sales of Canada, Inc.
Mitsubishi Motor Sales of Canada is the sales, service, parts and marketing arm for Japan’s Mitsubishi Motors. With a product range consisting of Mirage, RVR sub-compact crossover, Outlander compact sport utility and Outlander PHEV, and Eclipse Cross, MMSCAN supports its dealerships with a head office team and parts distribution centre both located in Mississauga, Ontario. Established in 2002, MMSCAN and its dealerships employ over 1,200 people in communities large and small.