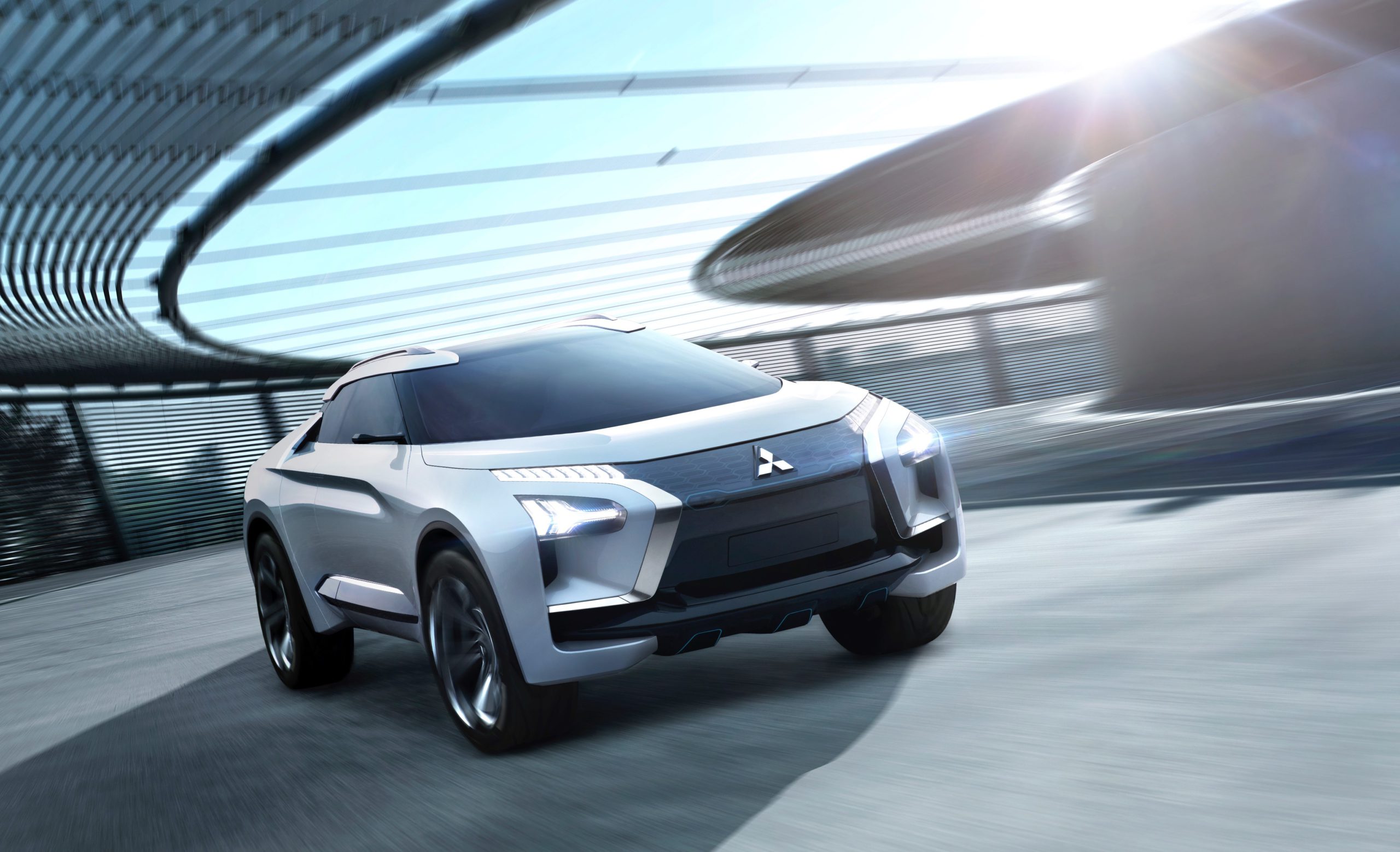 Montréal, Qué. – January 10, 2019 – Mitsubishi Motor Sales of Canada, Inc. (MMSCAN) will give a peek into the strategic direction of the brand by unveiling the e-EVOLUTION CONCEPT for the first time in Canada at the 2019 Montréal International Auto Show. A technical prototype, the e-EVOLUTION CONCEPT incorporates the strengths of a sport utility vehicle (SUV), electric vehicle (EV), and the ability to integrate new systems for a connected mobility customer experience.

The e-EVOLUTION CONCEPT is far more than just an auto show concept vehicle. It is the embodiment of what Mitsubishi Motors will become and the type of vehicles the company will bring to its customers in the very near future. The e-EVOLUTION CONCEPT has the performance DNA that Mitsubishi is known for, evolved for today's savvy consumer in the form of an electrified CUV.

“The Mitsubishi e-EVOLUTION CONCEPT combines SUV and EV attributes, new system appeal, and the powerful performance that’s deep in Mitsubishi Motors’ DNA. The Mitsubishi e-EVOLUTION CONCEPT may be a leap into the future, but it's an educated one. It clearly signals the company's drive towards electric mobility, one where vehicles will continue to play a key role in mobility, will continue to reflect owners' unique personalities, and willremove the current frequent trade-off between environmental responsibility and pleasure and performance,” said Vincent Cobee.

“There is no better place to unveil the e-EVOLUTION CONCEPT than the province of Québec which has readily embraced the Mitsubishi Outlander PHEV and has helped it to become Canada’s top-selling plug-in hybrid of all time,” said Tony Laframboise, president and CEO, Mitsubishi Motor Sales of Canada, Inc.

An Outlander PHEV Chassis that exposes the inner-workings of the technologically-advanced twin motor plug-in hybrid system will be displayed along side Mitsubishi Motors’ fully electric concept.

Reflecting the shift to lower emission models, Mitsubishi Motors has announced that it plans to provide electrified solutions across its core model range from 2020.

About the e-EVOLUTION CONCEPT
Performance:
The e-EVOLUTION CONCEPT uses high-torque, high-performance electric motors, fed by a high-capacity battery system to deliver a smooth and powerful performance. The drive battery is located under the floor mid-ship of the vehicle, providing a low centre of gravity for the utmost driving stability.

In the e-EVOLUTION CONCEPT, Active Yaw Control uses individual brakes to responsively and precisely control the driving forces, through electric calipers that supersede the conventional hydraulic caliper. The effects of the system can be felt and appreciated immediately, even at low speeds when G-forces are low. Whether driving around town, on expressways, or winding roads, the fully electric e-EVOLUTION CONCEPT always provides crisp and nimble handling that faithfully mirrors driver intent.

Artificial Intelligence:
The brain of the e-EVOLUTION CONCEPT is an Artificial Intelligence (AI) system that augments the driver's capabilities. An array of sensors allows the AI system to instantly read changes in road and traffic conditions, as well as the driver's intent. Seamlessly coordinating driver intent with vehicle performance, the system supports drivers of all abilities. By making it easier and safer to control the vehicle, the driving experience is brought to a new level. A special coaching function allows the AI system to transfer knowledge to the driver, and to unobtrusively enhance the driver's skill. After building a picture of the driver's skill level, the system constructs a training program that provides advice through voice dialogue and a large dashboard display. As a result, drivers of all abilities quickly experience a vehicle that behaves the way they want it to, and soon find themselves enjoying the driving experience to an even greater degree.

Design:
Robust and ingenious, the design language of the e-EVOLUTION CONCEPT is a study in contrasts. Mitsubishi vehicles of the future are meant to be sincere, tough and functional. At the same time, they will be clever, resourceful, style-setting and technologically advanced.

The front face design of the e-EVOLUTION CONCEPT is a fresh take on Mitsubishi's archetypal "Dynamic Shield" design. The black grille is shielded under glass, a subtle hint that this car is a high-performance electric vehicle. Protected under the glass, and accentuated by blue lines for emphasis, sit cameras and sensors. Large air intakes to cool the electric brakes are located beneath the headlamps. Adding to the vehicle's excellent aerodynamics, this air is channeled down the side of the vehicle to jet tailfins on the pillars before exiting on either side of the rear bumper.

A sharply slanted front windshield and short overhangs give the e-EVOLUTION CONCEPT a unique side profile that is distinctive, and obviously associated with electric propulsion. High ground clearance, short overhangs, strong shoulders, and narrow hips project nimbleness and agility. Muscular tires that protrude at the four corners communicate powerful 4WD torque. Bars running from front to rear along either side of the roof enhance the vehicle's muscular attitude.

The large hexagon shape at the rear draws inspiration from the spare tire cover of the brand's quintessential SUV, the legendary Mitsubishi Pajero, a hallmark of off-road driving, and one of the iconic chapters of Mitsubishi's heritage.

Inside, the cockpit of the e-EVOLUTION CONCEPT shows the creativity in the fertile minds of Mitsubishi's design team, when given the freedom to go beyond the traditional and outside the requirements of a production-ready vehicle. Designers had the space to realize a radically novel cockpit, highlighted by an instrument panel that appears to float in front of the driver. Acting like a level in an electronic viewfinder, the horizontal instrument panel makes it easier to sense the state of the vehicle during aggressive on- or off-highway driving – form follows function well down the road.

A large flat screen spans the full width of the dashboard. It displays outside conditions, navigation and coaching information. The large screen is flanked by two smaller screens, showing images from front and rear cameras. Full-frame windows provide near unobstructed 360-degree visibility, for a feeling more akin to a jet fighter than a car.

About Mitsubishi Motor Sales of Canada, Inc.
Mitsubishi Motor Sales of Canada is the sales, service, parts and marketing arm for Japan’s Mitsubishi Motors. With a product range consisting of Mirage and Mirage G4, RVR compact crossover, Outlander compact sport utility and Outlander PHEV, and Eclipse Cross, MMSCAN supports its dealerships with a head office team and parts distribution centre -- both located in Mississauga, Ontario. Established in 2002, MMSCAN and its dealerships employ over 1,200 people in communities large and small. In 2016, MMSCAN became the only automaker to partner with Breakfast Club of Canada with a goal of stimulating young minds and a brighter future in communities across the land.