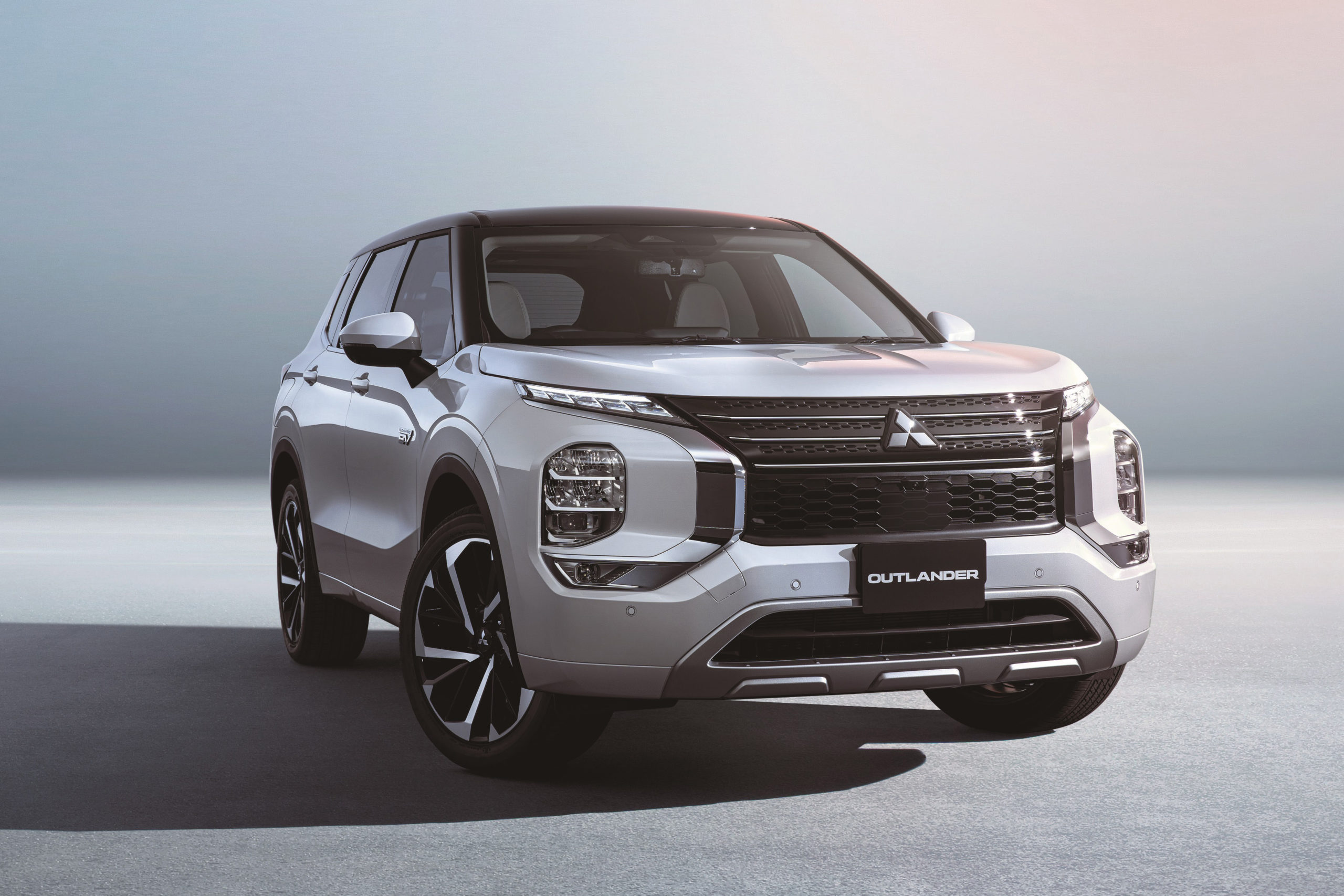 Tokyo, December 10, 2021 – Mitsubishi Motors Corporation today announced that the plug-in hybrid electric vehicle (PHEV) model of the all-new Outlander crossover SUV won the Technology Car of the Year in the 2021-2022 Car of the Year Japan1 awarded to car with innovative technologies for eco-friendliness and safety.

In selecting the all-new Outlander PHEV model, the awards jury highly evaluated the revamped PHEV system that increased the output of the front and rear motors, and the extended total driving range made possible by increasing the battery and fuel tank capacity. The Outlander PHEV model was also recognized for the evolved Super-All Wheel Control (S-AWC) integrated vehicle dynamics control system based on twin-motor 4WD that allows nimble handling not expected of an SUV.

The all-new Outlander PHEV model is Mitsubishi Motors’ flagship model which brings together the company’s expertise in electrification and all-wheel control technologies, while also incorporating a newly-developed platform and an array of advanced technologies. Based on the product concept of “I-Fu-Do-Do” or authentic and majestic in Japanese, the all-new model has been given significant upgrades all over, from body and chassis to powertrain. After the launch in 2013, the previous generation Outlander PHEV was rolled out in global markets including Japan, Europe, Oceania, North America and ASEAN, and has been a leader in the PHEV category with more than 290,000 total units3 sold thus far.

This marks the third consecutive year that Mitsubishi Motors has been crowned the prestigious awards of the Car of the Year Japan, following the eK X (pronounced eK “cross”) and eK wagon which won the Small Mobility award in 20194, and the eK X space and eK space which were named K Car of the Year in 20205.

Mitsubishi Motors Corporation (TSE:7211), MMC—a member of the Alliance with Renault and Nissan—, is a global automobile company based in Tokyo, Japan, which has more than 30,000 employees and a global footprint with production facilities in Japan, Thailand, Indonesia, mainland China, the Philippines, Viet Nam and Russia. MMC has a competitive edge in SUVs, pickup trucks and plug-in hybrid electric vehicles, and appeals to ambitious drivers willing to challenge convention and embrace innovation. Since the production of our first vehicle more than a century ago, MMC has been a leader in electrification—launched the i-MiEV –the world’s first mass-produced electric vehicle in 2009, followed by the Outlander PHEV –the world’s first plug-in hybrid electric SUV in 2013. MMC announced a three-year business plan in July 2020 to introduce more competitive and cutting-edge models, including the Eclipse Cross PHEV (PHEV model), the all-new Outlander and the all-new Triton/L200. For more information on MMC, please visit the company’s website at https://www.mitsubishi-motors.com/en/