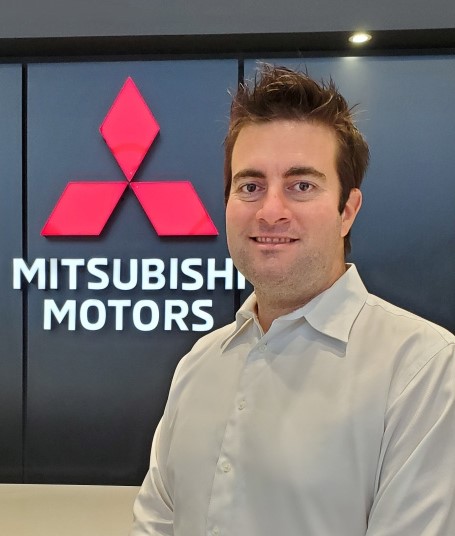 Mississauga, ON – December 14, 2020 – Mitsubishi Motor Sales of Canada, Inc. is pleased to announce the appointments of Simon Losier to the role of President, Dealer Advisory Board and Jeff Witiluk as Vice President effective immediately. The appointments are for a period of a two-year term. The president will remain in the role of Chairman for a third year.

Simon Losier is dealer principal for Blainville Mitsubishi (formerly Boisvert) one of Mitsubishi Motors’ best performing dealerships in Canada and the recipient of the company’s top honour, President’s Club Triple Diamond winner for 2019. He is also a partner for Terrebonne Mitsubishi and Saint Jerôme Mitsubishi. The Losier family has been a key part of the Mitsubishi growth story in Canada since 2003 as one of the early dealerships groups to join the network under Rejean Losier.

Over the years, Simon has demonstrated a commitment to the brand as a former member of the National Advisory Board (now Dealer Advisory Board), DAA, and special project consultations. He also serves in advisory capacities for his other businesses in the performance and leisure sector.

“I’ve loved the Mitsubishi brand even before joining Mitsubishi Motors. From my early days working as a mechanic for Mitsubishi rally cars to now, I’ve had a passion for this brand, its legacy and its potential. I see an organization that acts now to build for a solid future. What’s on the horizon is even more exciting and I’m committed to a strong partnership on behalf of the dealer body. The good news is we have a management team that listens and values strong collaboration and speed to make things happen,” said Simon.

“I’m optimistic about Mitsubishi and our future and believe that 2021 will be a new beginning for the brand. Not only are we transforming our product line-up, we are introducing an all-new, next generation Outlander that will have a significant impact to our businesses across the country,” said Jeff.

“We have a committed Dealer Advisory Board that has already influenced how we operate during this extraordinary time navigating through a pandemic. With their consult we’ve created better plans and programs. The team has chosen great representation and we’re excited to get started,” said Paul Simmonds, Vice President, Sales and Marketing, Mitsubishi Motor Sales of Canada, Inc.

About Mitsubishi Motor Sales of Canada, Inc.
Mitsubishi Motor Sales of Canada is the sales, service, parts and marketing arm for Japan’s Mitsubishi Motors. With a product range consisting of Mirage, RVR compact crossover, Outlander compact sport utility and Outlander PHEV, and Eclipse Cross, MMSCAN supports its dealerships with a head office team and parts distribution centre — both located in Mississauga, Ontario. Established in 2002, MMSCAN and its dealerships employ over 1,200 people in communities large and small.